You are here:
Latest NewsSEO 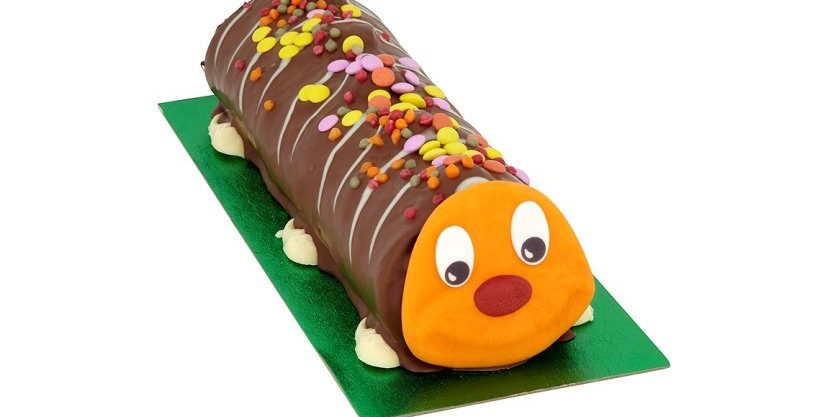 If you raised young children during the 90s, or you yourself are a 90’s kid, you would be very familiar with a particular bug shaped chocolate sponge roll cake! This was the centerpiece birthday ‘must have’ cake to celebrate turning another year older with your friends at the local leisure center. Over the years, few have tried to compete with ‘Colin,’ with an equally chocolatey bug themed cake……until now as we introduce Northern Ireland’s very own ‘Clive the Caterpillar’ by Graham’s Bakery.

Instead of venturing out to your nearest large supermarket to pick up one of the forever popular cakes, you will find Northern Ireland’s very own Clive the Caterpillar in a select number of local Spars. With the theme for any cake being a celebration, the box has an attractive and vibrant design that will help Clive crawl off the shelf and into your shopping basket. The structure of the box has been produced by Priory Press Packaging, and consists of a strong tuck end system to slide the cake in, and a large sealed film window in order to fully display the character cake. The window film curves with the crease of the box to show the cake in its entire 3D formation.